Hypnosis is a natural way to deal with pain and stress without harmful, addicting drugs. When you are in the hypnotic state, similar to a daydream, you are relaxed, yet completely aware. Many clients report that 20 minutes in hypnosis feels like an hour of deep, refreshing sleep. No matter how stressed out you are, or how upset you feel, hypnosis can help you. Pain is always made worse by stress.

Hypnosis has been used for medical purposes for more than a century. Researchers have subjected hypnosis to the scrutiny of clinical trials, and it has passed with flying colors. Hypnosis has been used successfully to soothe acute and chronic pain stemming from surgery, cancer, back conditions, headaches, and medical and dental procedures. 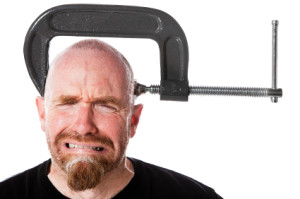 “If this were a drug, everyone would be using it,” says David Spiegel, MD, a psychiatrist at Stanford University. “Changing your mental set can change what’s going on in your body.” WebMD Article here

“Most patients benefit from the use of hypnotic suggestion for pain relief,” says Guy Montgomery, PhD, a behavioral scientist at the Mount Sinai School of Medicine in New York. (Montgomery published a meta-analysis on the subject in the April 2, 2000 issue of the International Journal of Clinical and Experimental Hypnosis.)

During hypnosis, subjects enter a state of concentration, and focused attention, in which they pick up suggestions particularly well. In this condition, they can tap into normally unused mental powers.

“Hypnosis is simply a refined form of applied imagination,” says Donald F. Lynch Jr., MD, a urological oncologist at the Eastern Virginia School of Medicine, who has used the technique to help patients alleviate the pain, anxiety, and depression associated with cancer.

Patients most commonly employ the technique in addition to other treatments, but it can also be used by itself. Alexander A. Levitan, MD, MPH, a medical oncologist in Minneapolis, has participated in numerous surgeries, including hysterectomies, in which hypnosis was used as the sole agent for pain control. “My experience has been that most people who need hypnosis for pain control can use it successfully.” (Quotes taken from WebMD.com )